EASEE-gas elects new members to the Board of Directors

Alexey Krugovets from Gazprom Export and Michael Sostmann from Open Grid Europe were elected to the EASEE-gas Board of Directors at today’s Extraordinary General Meeting of Members (GMoM). Alexey Krugovets will represent the Trader & Shipper segment and Michael Sostmann will represent the Transport System Operator segment. Their term will last for three years.

Michael Sostmann is a leading expert in data exchange and business processes with more than 20 years of experience in the gas industry. He led several projects for control systems of German and Slovakian gas transmission systems and currently is responsible for the support and development of Open Grid Europe’s core systems of dispatching and network planning. Michael has been an active member of the EASEE-gas Executive Committee for more than 10 years.

Alexey Krugovets is the Head of the Gas Flow Planning, Engineering and Underground Gas Storage Directorate of Gazprom Export LLC. Alexey is in charge of the technical and engineering support for all Russian export pipeline routes to the EU. During his career of more than 9 years in the gas sector, Alexey has also been involved in new gas infrastructure projects in Europe. Alexey has been an active member of the EASEE-gas Executive Committee for 5 years.

Michael and Alexey are now joining the six current members of the Board of Directors whose mandates were extended for an additional year. Until the GMoM in 2021, the Board of Directors will be composed of former and newly elected members in order to guarantee a smooth transition towards the new structure and rules of the association adopted by the membership in March this year. 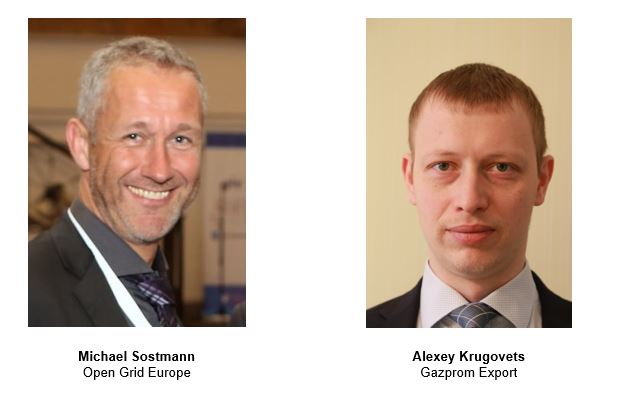